What is Online Renaissance? 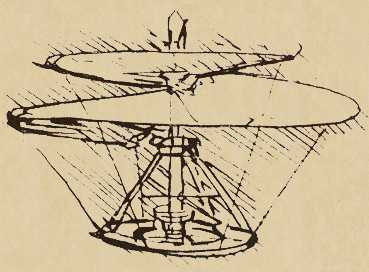 Online Renaissance attempts to realize the Renaissance dream of universal understanding through videos opening on the global human languages of Mathematics and Art.

Our two main projects are: an animated tour of all thirteen books of

(go to Euclid's Elements)
and a video presentation of

The Online Renaissance translation of Purgatorio is available in print and as an e-book from Amazon here. 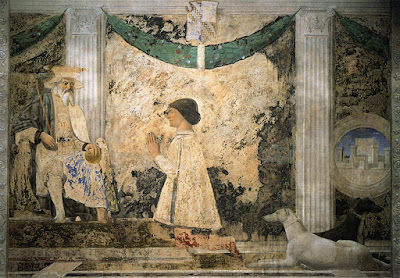 Although our definition of Renaissance is large enough to include Modern artists who gave shape to the Hermetic dream (Kandinsky) and who showed the Poetry in Science (Duchamp), the initial focus of this series will be on the Italian Renaissance artists, beginning with Piero della Francesca and Botticelli

Posted by Jacob Rabinowitz at 8:17 AM No comments: 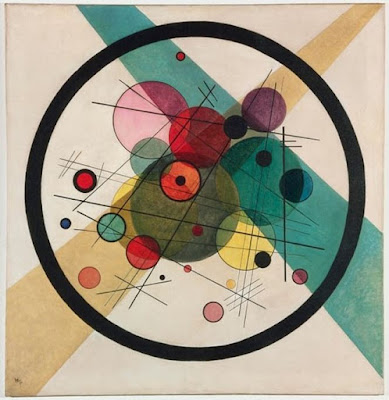 Modern myth holds that all knowledge ( in form of "data") is contained in the Aladdin's lamp we call the i-phone ("i" for ego, for "is", for "intelligent"?). You can hold it all in your hand. You can even "talk to the hand" — a phrase that means "don't talk to me") — and be told what you wish to know, as if by a djinn. (No three wishes, however,) Is this myth true?

No. The magic spell, after all, is  limited precisely to that which can be construed as data. Of course nowadays we have philosophes who claim that "everything is data" (the universe is a "computer", or a "hologram", etc.) But this in not true, or so I think, anyway. I think that life itself is not "information", and even "intelligence" will never be attained by a machine, a telephone, a screwdriver or a spaceship. I can tell you things that are not on the Inrternet. But only to you in person. In the flesh.

The computer is a medium, like the book. Media mediate — they cannot be called the thing itself, by definition. The book seems just as "alien" as the computer — only slower & more dignified, perhaps. The illuminated manuscript might be seen as the "first multi-media" artform. The computer strives to attain the synesthetic dimensionality of Alice's "book with pictures". Which brings us to Jake Rabinowitz & his on-line apocalypse, his cyber-purgatorio.

I know old folks (old as me!) who like the Internet because they already know what they want to know. Of course when knowledge comes cheap — w/out "work" or other costs — it may not be deeply valued — or long remembered. But the pleasure of knowing instantly that little fact you crave outweighs the dangers of flaccidity & ennui that lurk, like a miasma, around the machine. But I also know younger people who believe that "we" (humans) "know everything" — but who themselves remain ignorant as shit — because they don't know what they want to know — they don't know what to ask for. Like the fools in the fairytale, they end up with sausages (stuck to their noses) instead of piles of gold, or immortality, or love!

The proof of this sad assertion is that Jake Rabinowitz's beautiful & brilliant "outtake channel" (if that's the right term for it) has been "visited" by only a few idle gawkers. No one knows it's there. No one thinks to ask for Dante, or for the Apocalypse on-line. The Apocalypse has not "gone viral". Snapshots of someone's lunch — ugly cats — Islamic beheadings — yes.Very popular. Art history, genius insights into medieval and Renaissance aesthetics — no.

Each segment of "Online Renaissance" lasts about seven minutes, is produced to professional standards, uses interesting music & beautiful art, with Jake's spoken commentary.  The art-history sequences include Dante's Purgatorio (in my opinion the most interesting part of the Divine Comedy) as illustrated by Priamo della Quercia (1442-1450); Botticelli (drawings begun in 1450 and left incomplete at his death in 1510); an early print version, Hermetic in style, published by Alessandro Velutello, engraved by Giovanni Britto (1544); — the Apocalypse by Albrecht Dürer (1498), and the Cloisters Apocalypse (made in Normandy c. 1330); — some extra sequences on Botticelli's painting, and the geometry of Euclid (Jake is also an accomplished mathematician!).

At present there exist nearly a hundred sequences, & more are planned. A complete new translation by Jake of the Purgatorio (with text & pictures from an old illuminated manuscript) in which all "notes" are gracefully integrated into the text — will be followed by the rest of the Comedy in due Course. (Go to DivineDotComedy.org.)

If I were running a university — & had not yet succumbed to the dumbing-down, venality & corruption that currently distorts Anglo-American education under the Orwellian rubric of "excellence" — I would at once assign these little videos to all art & literature students. Hell — I'd appoint Jake dean of the Humanities department. But I fear the Humanities have been dehumanized & degraded beyond salvation. It's up to you to finish your own education. Start with "Online Renaissance."


Peter Lamborn Wilson
Sept., '16
Posted by Jacob Rabinowitz at 8:13 AM No comments: 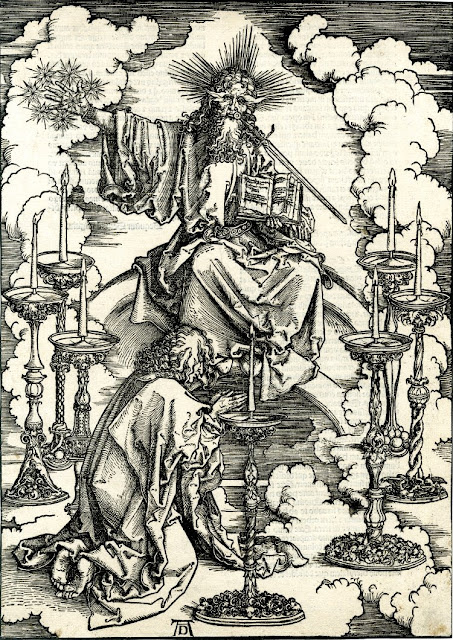 Online Renaissance has posted a video series on Abrecht Dürer's Illustrated Apocalypse and one on the fourteenth-century Cloisters Apocalypse.

At the heart of the renaissance ideal is the intellectual and spiritual unity of mankind. We already see this in Dante, where the Hebrew Bible, the philosophy of  Aristotle, Christian belief, and trace elements of Islamic thought as well, are all woven together into a unified poetic vision — despite some very real incongruities. Dante implicitly avowed the shared inner light of the different traditions.

In the full flowering of Renaissance thought, a century after Dante, the hermeticists pursued a fusion of all the "religions of the book" — Christianity, poorly understood Kabbalistic Judaism and and Orientalizing fantasy of Islam — along with a certain amount of astrology and other odd lore — were seen as aspects of the primordial  truth. It was a very amateur attempt, but also a very loving and right-minded one.

Though the details of the grand synthesis then attempted are often ridiculous (though just as often quite picturesque), the dream of truly international and cross-cultural civilization is one worth preserving in the forefront of our thought. In mathematics, chess, and music, the project is abundantly achieved. 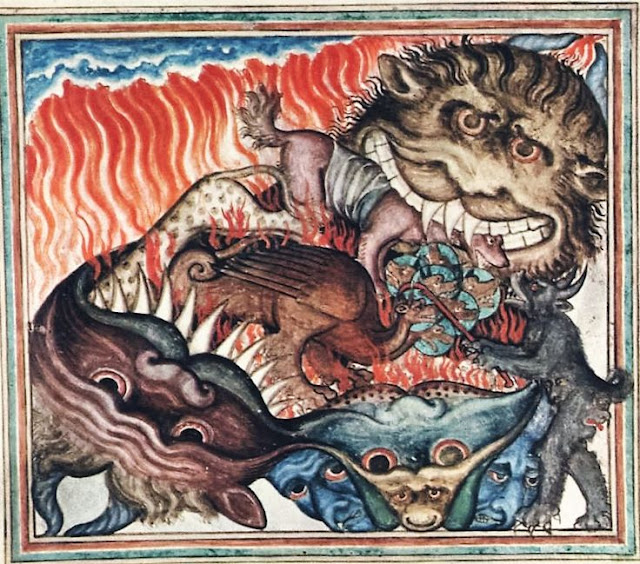 from the Cloisters Apocalypse

It would be worth our while to think also about the religious dimension. Though in our time religion has been greatly discredited, and is almost universally identified with bigotry and a backward social agenda, man is by his nature a spiritual creature. The longing for a level of existence which is true, lasting, valid and meaningful is inseparable from who we are as humans, and from what is best in us.

It is our especial duty now, in the face of Islamic fundamentalism, to increase our awareness of the Islamic heritage, to which we owe algebra, the poetry of Rumi, and the greatest calligraphy ever developed for a non-ideographic language. Likewise, the Jewish intellectual tradition deserves careful attention — one it has been denied by the growing vogue for Jewish mysticism.

The Jews, (with the Hindus, the ancient Egyptians, and  the Chinese), are in that small group of peoples who have elaborated their thought for three thousand years of continuous literary tradition. To be content with a cursory reading of the Hebrew Bible, and superficial opinions regarding the State of Israel, is to miss the very heart of the Western religious tradition — a heart which Dante fully acknowledged, far beyond the limits of what anyone could expect of a thirteenth century European.

Likewise, Christianity itself is nowadays woefully short-changed, as often as it is judged by its more intolerant exponents.

The point here is that the real renaissance person will learn eagerly of the three traditions mentioned (and probably explore even further afield).

The book of the Revelation is a wonderful example of late Jewish Apocalyptic literature,which drew on the whole maelstrom of late antique middle eastern mythology. And it was abundantly and startlingly illustrated by the some of the greatest (and most ignored) painters of Europe. It will be our project to bring to greater awareness this fabulous wealth of images and ideas.

And, it should be borne in mind, the Koran is one extended Apocalypse: Doomsday is the single most elaborated theme in the entire book, and derives from Jewish and Christian Apocalyptic traditions, which Mohammad encountered in oral, folkloric form. It could well be argued that and understanding of the Apocalypse is the key to understanding Islam, which describes itself as "the faith of those who believe in Allah and the Last Day." 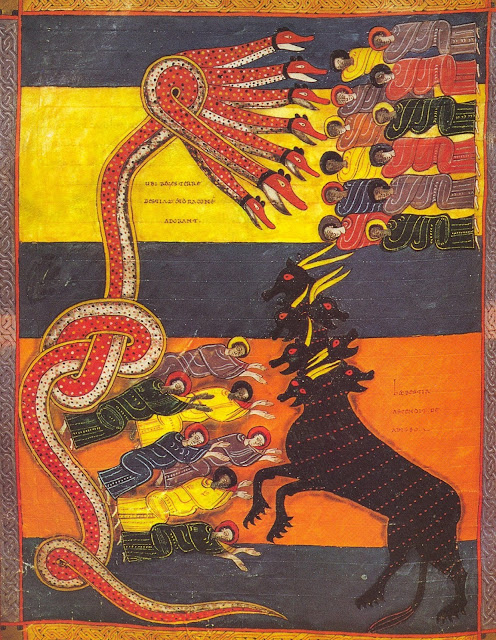 Beatus of Libana Apocalypse
Posted by Jacob Rabinowitz at 4:31 AM No comments: